We live in a world which is replete with challenges, that of nearly 1.4 billion people living in extreme poverty, almost 67 million children out of education and a number of  conflicts  from  which  livelihoods  are  shattered.  Despite  these  challenges,  the notion of a global citizen is one we all  share because we live in an interconnected world that can no longer be ignored. 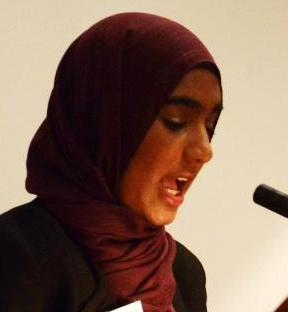 -     We live in a world which is replete with challenges, that of nearly 1.4 billion people living in extreme poverty, almost 67 million children out of education and a number of  conflicts  from  which  livelihoods  are  shattered.  Despite  these  challenges,  the notion of a global citizen is one we all  share because we live in an interconnected world that can no longer be ignored.

-     As human beings we essentially share universal principles of love, care, morality, peace, happiness and would all say we are seeking peace in our lives.

-     Therefore the global citizen is a unique individual in my eyes, someone who cares about  the  future  of  not  only  their  community  but  can  also  identify  with  the responsibilities and duties they have towards their fellow human beings.

-     At Islamic Relief we strive to serve the world’s most needy and poorest, whilst our work  spans  to  40  countries  across  Africa,  Asia,  Middle  East  and  Europe  as  an international  development NGO we recognise how integral it is to society that we have global citizens who feel obliged to make a positive contribution to the world in a time of fast paced technology yet multiple opportunities to improve our world.

perspective but also at a practical level because some of the world’s greatest leaders were proactive global citizens who cared about making a significant positive change in society, these include the likes of Martin Luther King, Mahatma Ghandhi, the Arab Spring we saw not so long ago, as well as spiritual and political figures we read about in our history textbooks.

-     To  be  a  global  citizen  isn’t  something  that  happens  overnight,  which  is  why education and continual learning is of vital importance to becoming a responsible individual who can impact on society.

-     The essence of a global citizen is found in their values, attitudes and skills developed over  time:  one  who  is  aware  of  the  wider  world  and  has  a  sense  of  personal responsibility  in  their  own  role  as  a  citizen;  someone  who  respects  and  values diversity in a multicultural and multifaith world; one who does not tolerate injustice and is driven by the principles of humanity where they seek justice and fairness in their society for every individual no matter what background, colour, creed or faith they belong to; someone who actively participates in their community at a local and global  level;  one  who  is  willing  to  act  in  a  way  that  make  sour  world  more sustainable  and  equal  as  well  as  being  responsible  for  their  own  actions  as individuals who are part of a wider collective.

-     The global citizen then is an amazing person in my eyes, because he or she can identify with more than one set of lenses through which to perceive the world. The skills and attitudes that are developed are multiple including their own sense of self- esteem and identity, gaining an ability to  think critically, be inquisitive about the world, have the confidence to challenge injustice and inequality wherever they see it and argue or debate for a better alternative, as well as showing respect for others and cooperating as well as negotiating in times of conflict whether at a local  or global level.

-     The values and attitudes we find amongst global citizens are amongst some of the most noble, including their commitment and drive to social justice and ability to be concerned for their environment and sustainable solutions for others.

-     It is therefore the believe that young people through development education can cultivate, nurture and develop these skills, values and attitudes that make exploring global citizenship essential to our work as practitioners in the NGO sector as well as at a wider level in international organisations and with governments.

-     Perhaps it is in the hope that the next generation will be empowered to lead our world in a force of positivity and drive it through positive change despite the 21st century  challenges  we  face  that  we  can  truly  hope  to  achieve  the  Millennium Development Goals and be individuals in a world that can live in harmony and peace.

I want to end on the note of the wide words of Mahatma Ghandhi who inspired many and is alumni of the university I was fortunate to become ‘globally’ aware in and meet the world, he said: “We need to be the change we wish to see in the world”and that in essence reflects the true global citizen – whether through faith or values we choose to act, the most important aspect of global citizenship is that the individual is compelled to act in a positive way. The global citizen is the one who takes action to solve issues in the  world through themselves foremost and then their communities.